Singing to the End of the School Year

This June, students at ETM partner school P.S. 21 on Staten Island got to do something they haven’t done for more than a year: they got to perform as an in-person choir.

ETM music teacher Jeremey Watson has been P.S. 21’s music teacher since before the pandemic.  He’d been singing with his student choir online while schools were remote, but sometimes only a few students were able to show up due to technology shortages, conflicting schedules, or even simple screen burnout. 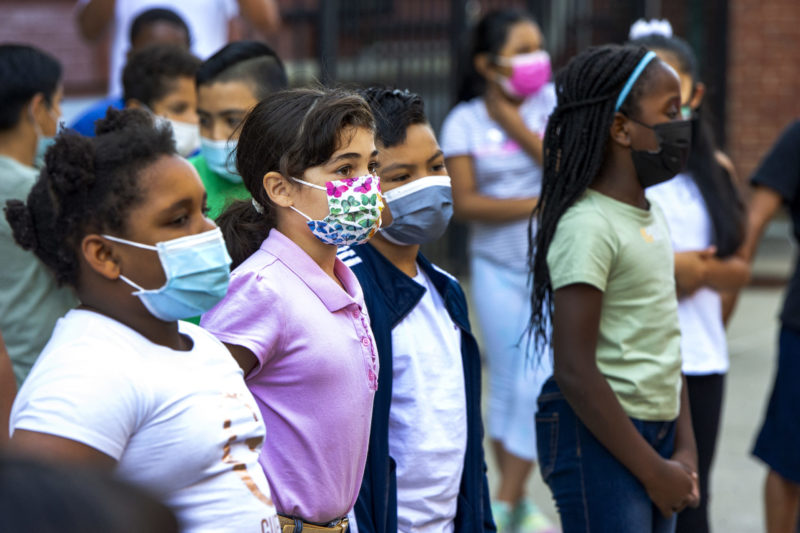 As Sofia, a 5th grader, put it, “It was very heartbreaking and devastating not to be able to practice [singing in-person] with my friends.”

So when his school re-opened for in-person learning, Jeremey couldn’t wait to start singing with his students in the physical classroom.

He noticed right away that the students were really different, though; they were “tired, or lethargic, or just uninterested. [They] didn’t want to engage,” even though they were finally in a room together after a year apart.

That didn’t stop Jeremey, though. “I felt it was my personal mission to engage them in a way that was relative to their overall existence.” So when selecting songs for his choir to sing, he chose to include lots of pop music and songs the students might see the media they were consuming. 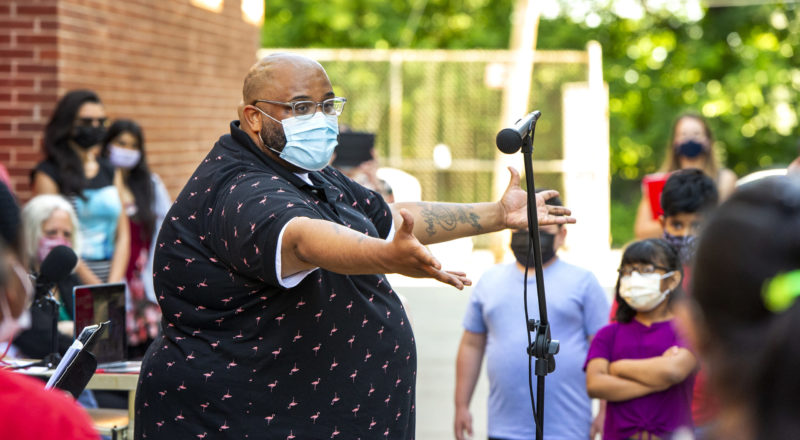 As the end of the school year was approaching, students started asking Jeremey if they could have a concert like they usually would in June.  At first, it seemed impossible: finding an outdoor space that was big enough for an audience to social distance seemed overwhelming.

But the kids made it clear that they didn’t even really care about the audience. They just wanted to perform together as a group.

So, 10 days before the last day of school, all of Jeremey’s students gathered in the school’s little courtyard to perform for each other (and any parents who were able to “zoom” in)!

P.S. 21 Principal Anthony Cosentino kicked off the concert with a few remarks. Then the students performed a full concert, including “Home” by Phillip Phillips, “Wings” by Macklemore, and “Count on Me” by Bruno Mars, plus “Will You Teach Me” by Victor C. Johnson.

They also sang “In My Room” by the Beach Boys. Jeremy has chosen to teach his students this song in particular because “it reminded me of what they were going through while they were at home during quarantine.”

The concert went off without a hitch. The students sang from the bottoms of their hearts, holding their heads high and making Jeremey–and each other–so very proud.

To see photos and hear stories about other end-of-year performances, join us on Facebook!