Breakfast with the Band

“Children need different avenues to show their skills - and I think music and the arts provide that.”

For many parents of students at Education Through Music partner schools, getting to see their child not only playing an instrument, but performing live on stage, is an opportunity they wouldn’t want to miss.

Each year, our partner schools host Breakfast with the Ensemble (at ETM an ensemble includes anyone in the band, orchestra or choir), a concert designed especially for parents and guardians. Breakfast with the Ensemble gives parents a unique opportunity to see first-hand what their child has been working on in music class. Music Teachers walk parents and guardians through the day-to-day of a music class. The concert starts with warmups, then demonstrates special techniques used in playing, and ends with songs the students have been working on. 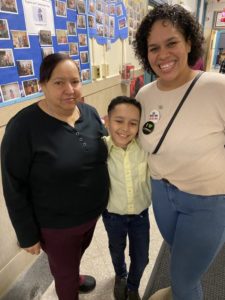 Where does the breakfast part of Breakfast with the Band fit in? After the students have showcased their skills, families are invited to join them for breakfast, usually hosted in the school cafeteria. As one parent stated, “it’s so valuable to have this opportunity. We get to have a meal together; some families don’t always get to do that.”

For many parents, Breakfast with the Band is the first opportunity to see their child perform the work they have been diligently practicing over the last few months. “I was in shock! I was not expecting her to be this good,” one parent said of his daughter, who plays the violin in the P.S. 91 orchestra. 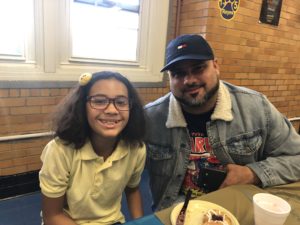 Another parent shared that music was a major part of her life growing up, and that she was lucky enough to have music education when she was at school. Thanks to ETM, she has the chance to share that connection with her kids. “I was delighted that my son wanted to play the cello. My other child played in the orchestra last year. I played the violin when I was younger, and now my child has the opportunity. He loves his instrument. I think it’s beautiful.” 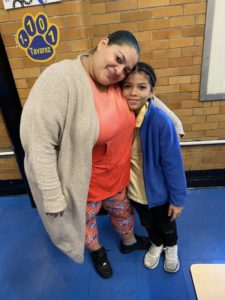 Access to music education isn’t guaranteed, a fact many parents are very well aware of. Education Through Music is helping bridge the access-gap to music education, which we know can increase students’ motivation to go to school and improve their self-confidence.

For proud dad Frank, giving his daughter access to music has made a huge impact on her. “I think it is important for my child to play an instrument. She is a little shy, and I just want her to open up and try new things. And this has helped! She has expanded her friendships–she’s not shy anymore.” He added, “I think all schools should have music programs.” 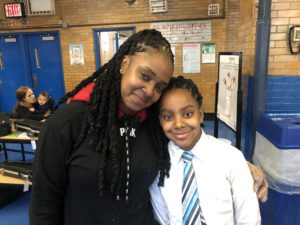 For Francesca, a parent of two students who both play the cello, having access to a music program in school gives her children the advantage of experiencing the arts and expanding their academic success. “When my one son plays the cello, he applies mathematical concepts as he strings the cords. He loves math, the two [subjects] are so in-sync for him!”

She added, “I think all children are different, all children learn differently. Children need different avenues to show their skill and I think music and the arts provide that. Every child should have access to music and I am thankful to Education Through Music for providing that access for my children.”