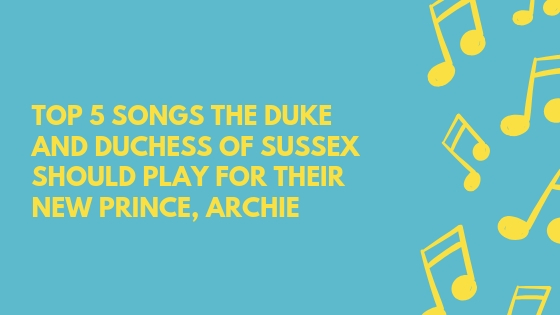 With the Duke and Duchess of Sussex welcomed the newest addition to the Royal Family — a baby boy, Archie Harrison Mountbatten-Windsor! — it got us thinking: what are some musical staples the new parents should be playing for the little prince?

We looked to our Instructional Supervisors for suggestions of sweet lullabies to stimulate Baby Sussex’s mind. At Education Through Music, we know that music education starts at home, and it is never too early to start introducing your child to an inspiring playlist. As a matter of fact, our latest Impact Report shows that students of music learn more deeply, are more likely to continue pursuing music throughout their academic careers, and are more likely to persist in tasks even when they are challenging.

Check out the list below for some of the top songs Baby Sussex (and your little one) should be listening to at home:

BONUS PICK! “Brahms’s Lullaby” (Cradle Song) – The lullaby of all lullabies! Johannes Brahms composed this piece in 1868 and it was originally titled “Wiegenlied.” The song was dedicated to his friend Bertha to honor the birth of her son. Brahms had actually been in love with her when they were younger and based the melody of “Wiegenlied” on a song she used to sing to him.

Inspired by our playlist? Check out our Spotify channel today for more catchy tunes!