A Brief History of Hip-Hop

A Brief History of Hip-Hop

On November 5, 2021, the United States Congress declared November “National Hip-Hop History Month”. In honor of that, let’s talk about about this truly American art form that’s roots can be traced right back here in New York City!

The first elements of Hip-Hop are attributed to DJ Kool Herc in the 1970s. In August of 1973, DJ Kool Herc blew people’s minds developing a method that would extend the best part of a song, the break. This part of the song is where the instruments jam out together with very little vocal additions. This was the section where folks could really let loose and show off their dance moves.

DJ Herc knew this and began marking that section on his records, returning to that moment to extend the break. This would later be known as looping. From there, inspiration stuck DJ Herc. One night while he was DJ-ing in The Bronx, he decided to try something new, he would play a break from one song and once it had finished, he would go into the break of another song. He would call this method “The Merry-Go-Round”.

But Hip-Hop wasn’t Hip-Hop just yet. It wasn’t until 1979 that the term “Hip-Hop” would be coined by the rapping trio The Sugarhill Gang in their song “Rapper’s Delight“. This came about through the combination of Jazz and a style of Poetry popular at the time among the African American diaspora called spoken word. This is where the writer of the poem would recite their poems aloud to the audience making use of rhythm, cadence, vocal inflection and tone, as well as a combination of poetic elements like storytelling to music. An example of this can be found in Gil Scott-Heron’s “The Revolution Will Not Be Televised”.

At parties in the 1970s and 80s, the Master of Ceremonies, or MCs, would improvise their own poems over the breaks that the DJs would spin. This would become the beginning of rap. From then on the style has only been refined by artists like Funkmaster Flash, KRS-One, Run DMC, Jay-Z, Kendrick Lamar and so many more making it the most popular music genre in the United States in 2020 according to Billboard and MRC Data. Happy Hip-Hop History Month! 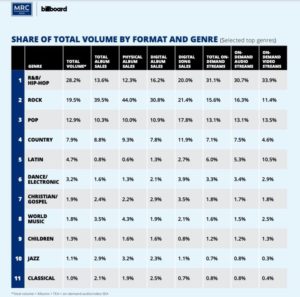 To ensure that ETM can hire and promote more teachers, we need to enhance our teachers’ compensation and resources when they work for us.

That’s why we’re raising $90,000 to make sure our teachers – and their students – get everything they need. And we can’t do it without you.