“Music has brought me to so many places I would have never imagined going.”

Like a lot of students in NYC, Rachel had limited access to music education when she first started school. The most she could hope for was an occasional class in her school.

That all changed when Rachel entered 4th grade at P.S. 103 in the Bronx and her school launched a partnership with Education Through Music

At ETM, we strive to offer students like Rachel an equal shot at a well-rounded education–one that includes music! Thanks to the partnership with P.S. 103, Rachel had a music class every week! She learned to read music, participated in school-wide concerts, and even got to play instruments. For Rachel and many of her classmates, this new music program was the first time any of them had ever picked up an instrument, let alone played one.

Rachel was hooked, and the next year, when she had the chance to join the school’s first-ever band ensemble, she jumped on it. But which instrument to play? According to Rachel, “Our music teacher demonstrated each of the instruments. The very last one that she told us about was the French horn. She told us that it was the most difficult, yet the most beautiful of them all. I knew that it was the one that I was meant to play.” 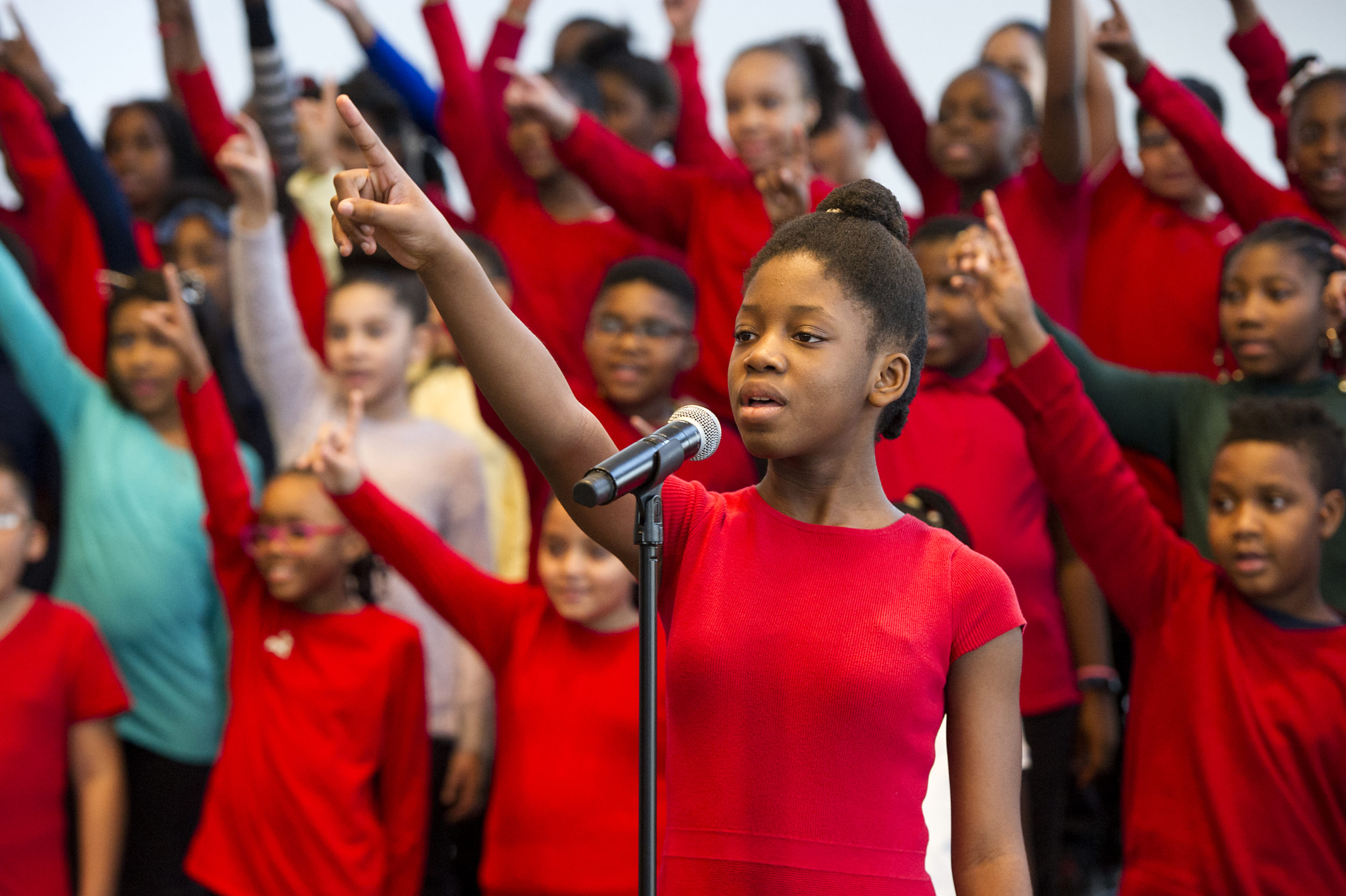 In addition to her general music class once a week, Rachel was now participating in band three days a week.

Rachel’s parents were thrilled with her newfound passion, and the effects it had on her beyond music class. “Rachel’s self-confidence and enthusiasm for learning have carried over from her music into her other studies,” they said.

Thanks to ETM, Rachel continued to have access to music education when she began attending M.S. 180 in the Bronx–another ETM partner–for middle school. Here, she was able to continue studying the French horn in the M.S. 180 band ensemble.

For Rachel, “The joy that I have always had when playing the horn is something that I have never wanted to stop doing.”

And she credits her ETM music teachers with guiding her toward success, saying, “[They] made me realize both my ability and passion for something I had never had the opportunity to study before.”

Today, Rachel is building on the well-rounded education she got at her ETM partner elementary and middle schools by attending a prestigious music-focused high school in NYC. In addition to receiving a full scholarship to participate in a camp for the arts for the last two summers, Rachel has been accepted to the All-State ensemble and was also admitted to the All-State Symphony Orchestra.

Most recently, Rachel was accepted to the Juilliard Music Advancement Program, a tremendous accomplishment for any young musician, and a testament to what is possible when all students receive access to quality music education in school, as ETM makes possible. This year, Rachel is studying the French horn in the Juilliard Pre-College Division, which is even more demanding, and to which she earned a full scholarship.

“Music had brought me to so many places I would have never imagined going.”Thanks to the support of ETM, her teachers, and her family, Rachel is on track to take her musical studies through college and beyond. “All of these wonderful musical experiences that ETM was able to provide for me made me want to continue my journey well beyond elementary school. I never want to let go of these wonderful experiences of performing for others, all while developing in my musical ability. It’s something that I see myself joyously doing for the rest of my life. Music is always on my mind.”